This is a random thing I drew one night after having not drawn anything for a few years. I'm not sure what it is. 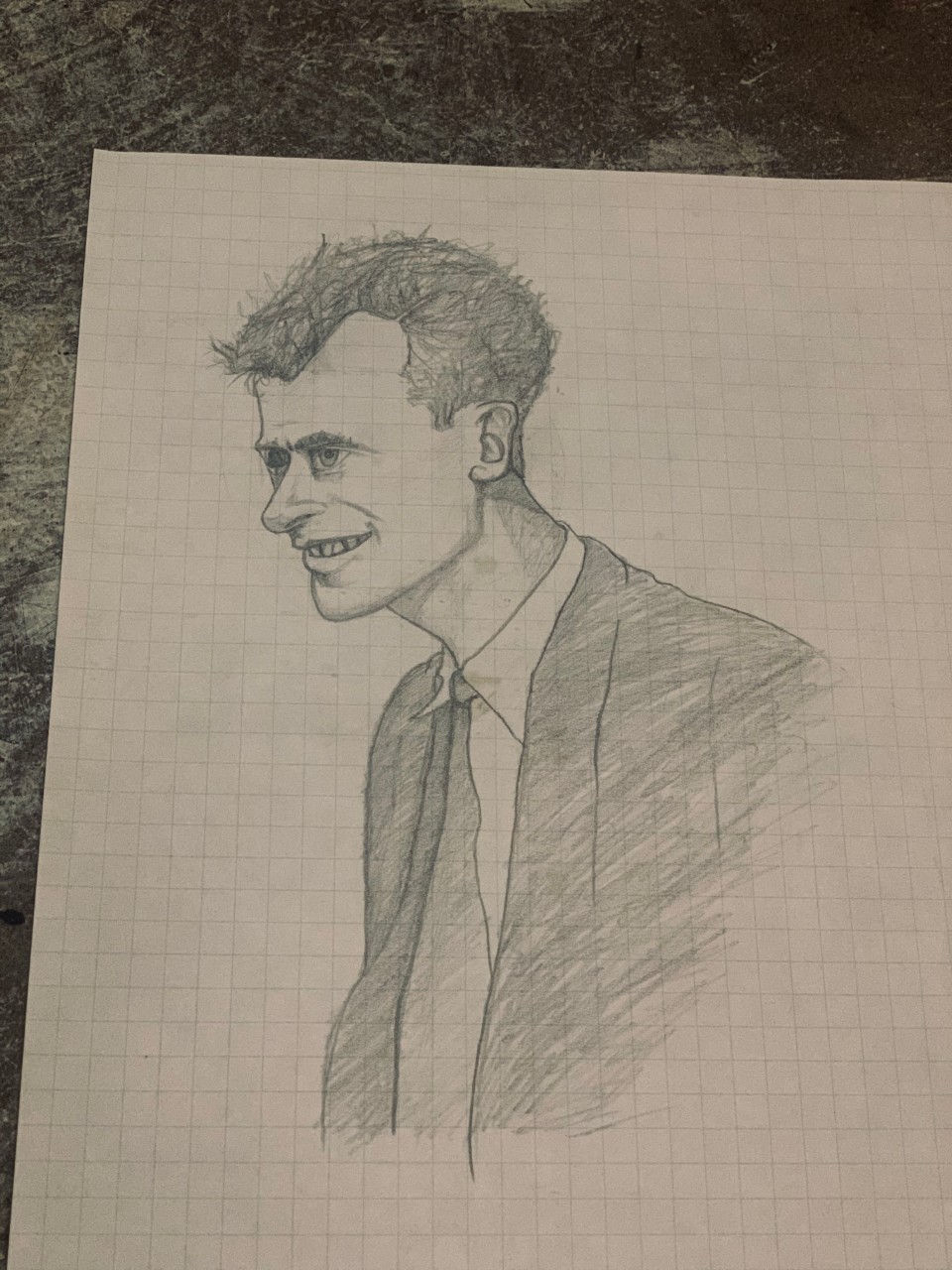 This is James Watson. It's the second portrait I drew; the first was of Colm Meaney.

I was going to write out the idea for this one night before bed, but decided I could get the main points down easier by drawing. It's supposed to be a very abstract/non-detailed depiction of the behavior of a certain part of the human brain. Specifically, it's talking about the part of the brain responsible for taking in sensory data (i.e. nerve activation patterns stemming from the eyes, ears, etc.), and deciding how to act in response.

At the initial stage, there are two inputs: sensory data and a 'schema.' In the sense that I'm using it here a schema is a record of your beliefs about things: that the Earth is round, that objects will fall to the ground if you drop them, that you will die if you don't eat, that D. Trump is president, etc. The 'interpretation procedure' uses these beliefs to decide on the meaning of the present sensory data.

Once we reach the output of the interpretation procedure, the information flowing there has meaning/significance: it has been 'parsed,' and it's possible not only to separate things into the categories we've formed through prior experience, but also to attach value to them.

Now the U-kink comes in. The idea there is that depending on various factors, you might accept the default interpretation and act on it directly—or you may question it, trying out new ways of interpreting things, and if successful, updating your schema to reflect the modifications (the tube traveling back down into the schema). So if you're a professional basketball player in the middle of a game, everything is probably going right through without being questioned: you know how to play, and this is not the time for questioning it. If you are at practice however, and especially if you're an amateur, you're going to follow the 'U' into 'conscious thought' much more often, questioning and revising your beliefs about how to effectively play the game. Following the 'U' rather than taking the straight shot means that you'll be slowed down and perform less effectively in the moment, but you'll improve your understanding and be more effective in the future.

Unfortunately, the main new idea I had was about something like a valve expanding and contracting to divert more or less information into the U or not depending on circumstances—but I ended up forgetting the draw it!

This was another idea I had for some cognitive system. It was supposed to be one instance of a module I saw as forming recursive hierarchies to implement brain systems. It may be sort of neuron-like but higher level. There's also a big innacuracy in the drawing vs. what I had in mind: the schema should be embedded in that panel with holes labeled 'interpreter'; and as the schema changes shape, it should force the holes to change shape. Definitely some overlap with the idea from the previous drawing, though they are getting at different things. 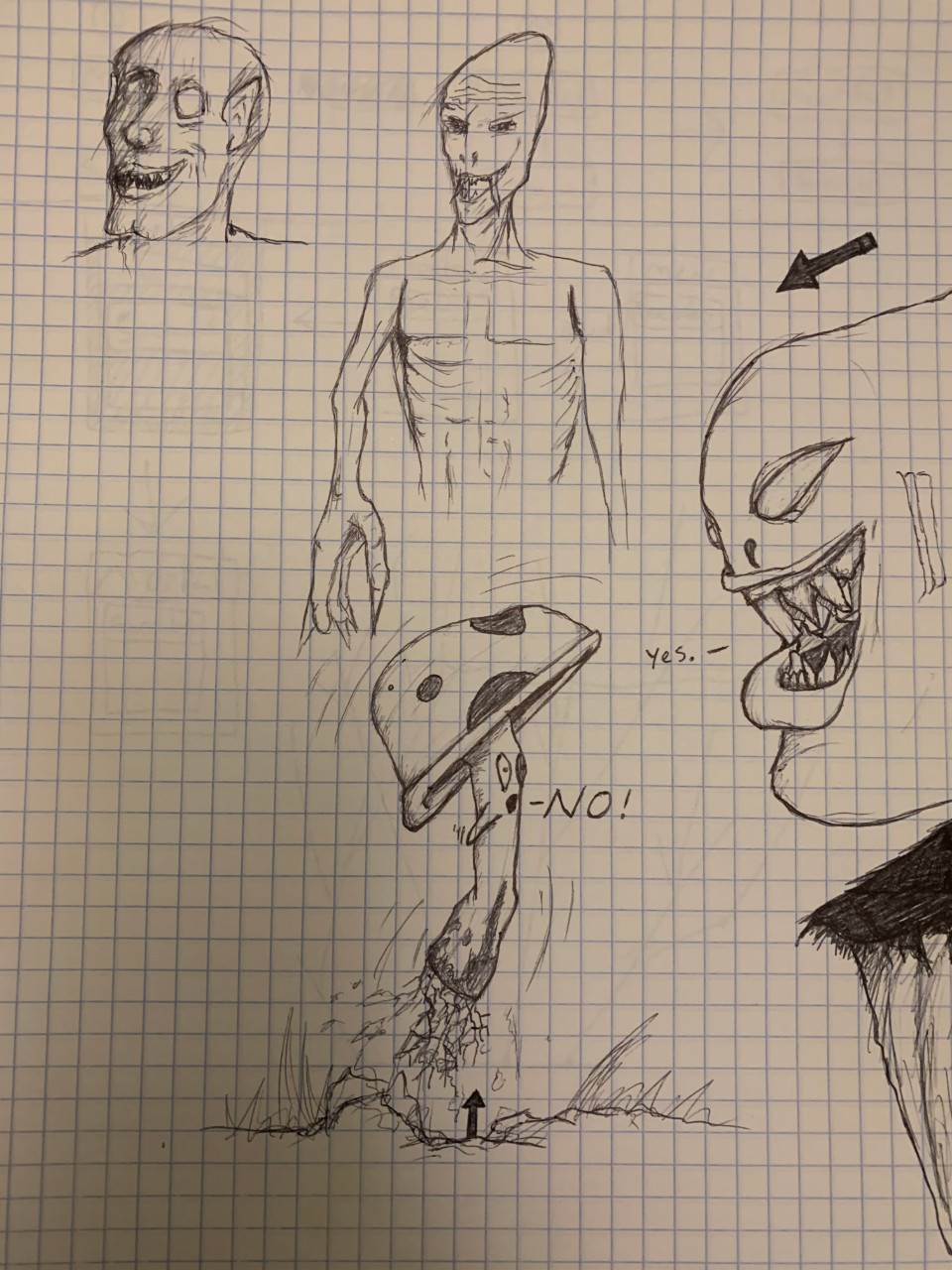 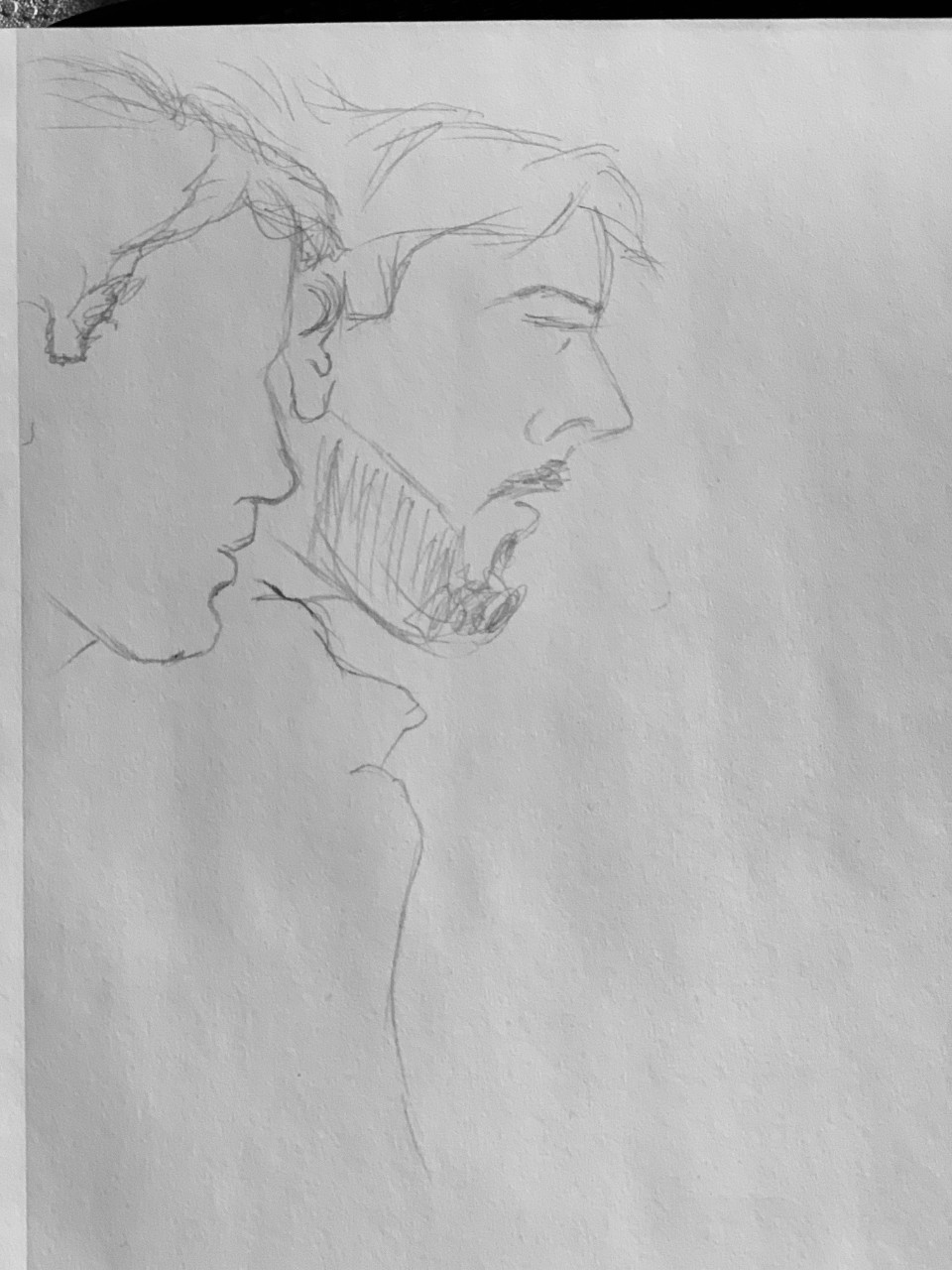 Two self-portraits based on the same photo, trying a different technique with each.